Alongside art, animal and nature protection are very close to my heart and so I occasionally try to bring my creativity into the service of animal welfare. Together with my wife Conny I have supported the Animals Asia Foundation for a number of years.

This animal welfare organisation was founded in 1998 by Jill Robinson and since then has campaigned for an end of cruelty against animals in Asia. One focal point of her work is the so called "Moon Bear rescue" in China and Vietnam. Asiatic black bears are kept imprisoned on farms across Asia as their bile is used in the traditional Chinese medicine. The procedures used at such farms force the bears to live in small cages for up to 25 years. With the aid of metal catheters or just by a hole in the abdominal wall the bile is drawn off regularly. AAF campaigns for the closing of all bear farms in Asia and to put to an end to the practice of bile draw-off. They increasingly promote herbal and synthetic alternatives to bear bile for the use in the traditional Chinese medicine. 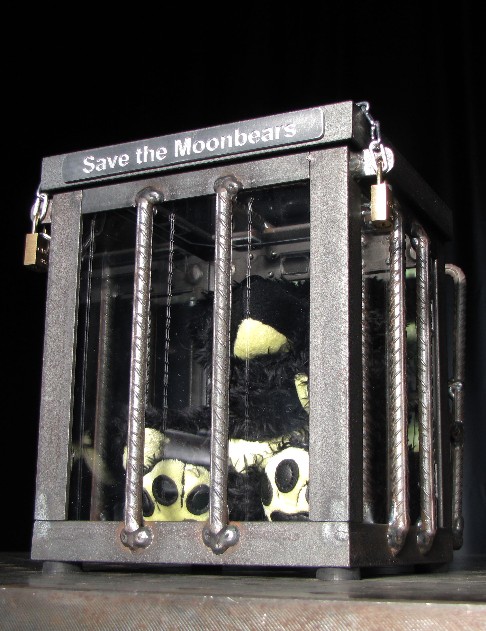 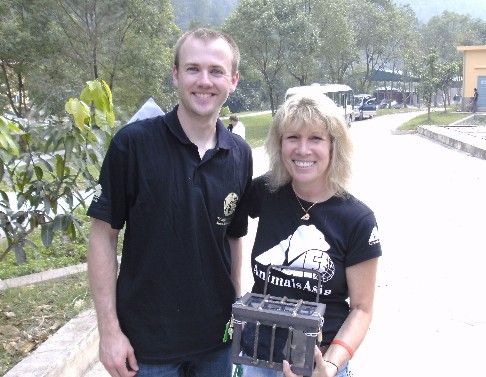 The images of these small "press-cages" shown in a documentary and used at Chinese bear farms to keep so many bears imprisoned for their whole life continued to haunt me. I then had the idea to build miniature models of these cages that could be used as money boxes. The enclosed plush moon bears would then also serve as an ambassador to the suffering of their living fellows in China and Vietnam whilst simultaneously collecting donations for AAF.

During autumn 2009 I took part in a trekking tour through Northern Vietnam organized by AAF and subsequently visited the sanctuary located in the Tam Dao national park where I could see for myself the excellent work performed by this organisation. It was here that I also received the chance to meet the founder and CEO Jill Robinson MBE myself and to present her with one of my money boxes.

My English companions, who were all convinced AAF supporters, seemed to be very taken with the small steel cage; many of them expressed the wish to also own such a money box. We decided to meet again six months later in England and I promised to bring enough “cages” along.

In March 2010 the AAF support group in Swindon organized a trekker’s reunion and I drove to England with the 14 mini steel cages. The money boxes sold like hot cakes and the proceeds were donated to help the mistreated bears. 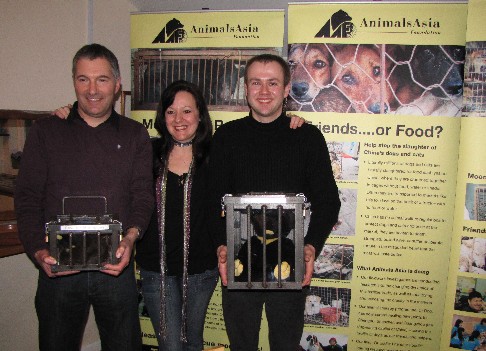